06 Jun The Trout, near Oxford

Posted at 09:09h in Uncategorized by zuzazak

The Trout is where Lou Lou’s grand parents spent the one night of their honeymoon sometime in the 1940s, so when I went to visit her in Oxford, we had to come here. They had one night before he had to return to the army, can you imagine? How times have changed. We drank some amazing wines from all over the world rather than the cider that they managed to get during ration times, and we ate the sort of food that wouldn’t be out of place in some of London’s best restaurants, at Oxford prices (the whole meal came to just over £30, without wine) 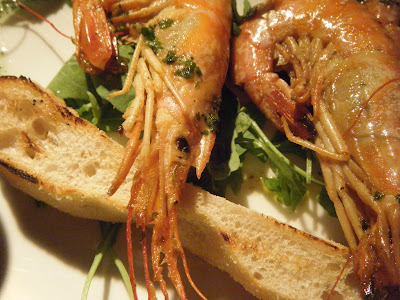 The Gambas with aoli were incredible, I don’t know if this picture gets across how massive they were 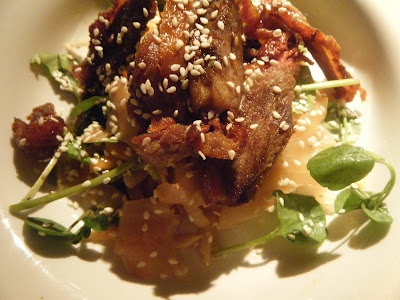 Then to follow, and to Lou Lou’s great distress, I had the duck salad. We’d been walking around looking at the ducks and geese with their young, and as a veggie Lou Lou couldn’t understand how I could then eat them. But, for some strange reason, it’s all that I felt like eating. I thought long and hard about it, but there was no escaping it, and I had zero regrets – this was the best duck salad I have ever tasted! Probably because of the fact that it was made from the very ducks we had been cooing over all afternoon, sadly. For them not for me obviously 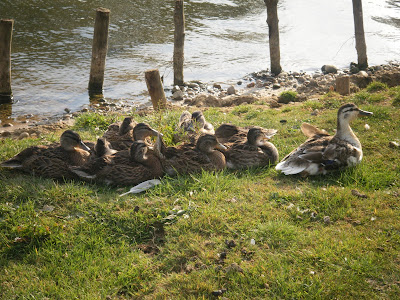 ﻿And that down there is the other stuff we ate – mushroom pizza, carrot, cumin and orange salad, watercress salad, and chips. The carrot and cumin salad was my kind of thing – Middle East inspired, those flavours go together amazingly well. I intend to make it myself very soon, as I’ve bought lots of  sweet, young carrots from the farm we went to this morning 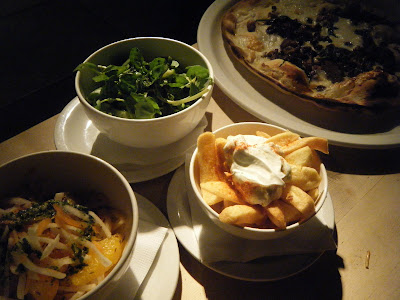 ﻿We were catching up here for hours, so I also got to try a few wines by the glass – the Italian rose was very light in colour, and bit too simple and fresh for my liking. The New Zealand Sauvignon was Lou Lou’s favourite, and really nice, but a bit too fruity for me (I think I have overdone the Sauvignons to be honest). The star of the show (well, my show) was the South African Chenin Blanc – I don’t want to sound pretentious by describing it for ages, so if you ever come here, and if you are the sort of person who likes interesting white wines, that make you think about them, then you’ve got to try this one