One of things I love about cooking is that paradox of nostalgia and newness. For example, I write this blog whilst munching on a warm, slightly crispy tortilla with Marmite. The reason I eat Marmite on tortillas rather than on toast like normal people, is because when I was in the Himalays aged 17, we ate ate marmite and chapattis every morning of our trek over Pin Parvati Pass. By the end of the 14 days I couldn’t stand the sight of them, but now… It’s the nostagia, clearly. At the other end of the scale we have this salad I made last week, which I’ve never made before but, from experience, knew was going to work. 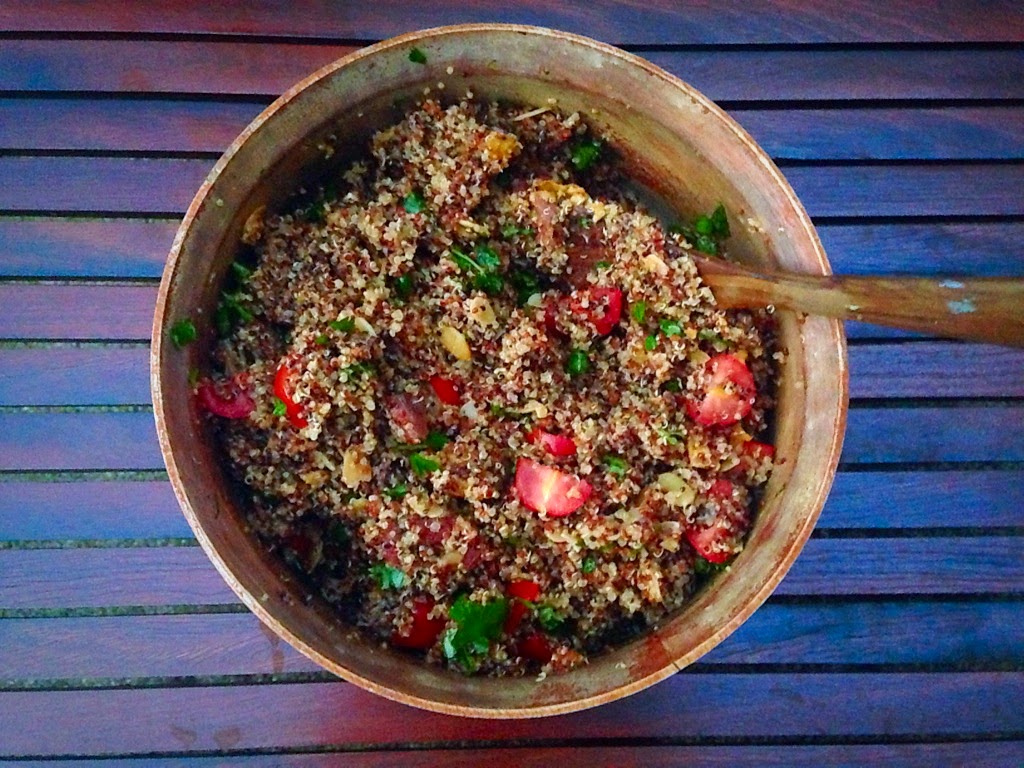 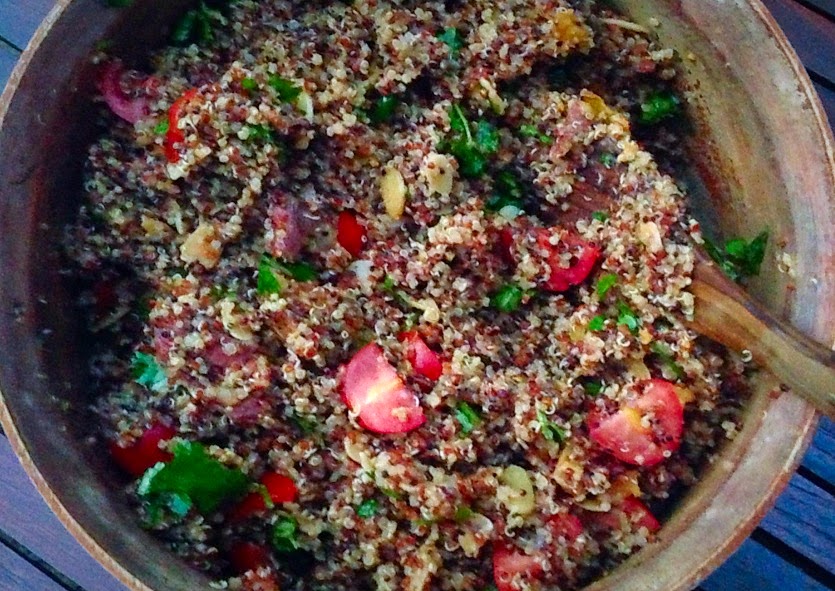 It’s a blend of 3 different types of quinoa – red, black and pearl. You can get a ready mix in (some) Waitrose, with home grown cherry tomatoes and chillies (luckily I have a man who grows these, because I still haven’t quite got my head round that part), toasted almond flakes, coriander and cinnamon sweet potato (roast the chunks of unpeeled sweet potato in the oven with olive oil, honey and cinnamon). The dressing consists of lime juice, mild olive oil and fish sauce. We ate it with southern fried chicken a bit like this one, but with more spices in the marinade. Yas says the trick is to add a little a bit of cornflour to the flour and breadcrumbs and the oil you fry them in should be hot but “not too hot”. Having made this chicken about 5 times in a row now, he’s the expert