October is one of my favourite times of the year. I like the slight nip in the air, the fact that the sun still comes out often enough for me to run by the canal a few times a week and I especially like the way the wind makes the smell of food cooking carry down the street, so that it seems as if the entire population of London is eating delicious, hearty meals. Even as I write this I smell gravy! I also like the way I start seriously thinking about making mulled wine “sometime soon”. I’ve already made mulled beer… I was coming down with a cold, so it was medication really. I warmed a can of beer with a couple of inches of cinnamon stick, lots of good quality honey (my mum’s friend who keeps bees near Rye gave us this “Romney Marsh honey”), a slice of fresh ginger and some freshly grated nutmeg, finishing it off with a squeeze of lemon. It’s not quite my dad’s creamy mulled beer, but it was very easy and quick to make and it certainly hit the spot – the next day I felt much better
And I love the way I get slightly obsessed with pumpkins now. It’s a very short, intense love affair, where I attempt to find as many things to do with the pumpkin as possible before getting thoroughly tired of it and moving on to the next food obsession (mulled wine usually). I’ve never pickled pumpkin before, so this is truly an exciting experiment for me. I am, however, Polish, therefore I do have a natural confidence with pickling, an almost genetic advantage I like to think 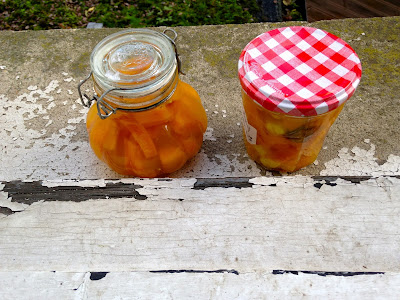 First, take the juice and rind of 1 orange, 2 inches of ginger (peeled and chopped), half a nutmeg and about 3 or 4 cloves and simmer with 2-3 tablespoons of water for approximately 7-8min. Meanwhile in another pan, I cooked half of the peeled and chopped pumpkin (about 300g) in 250ml of white barley vinegar and 2 tablespoons of sugar. The other half of the pumpkin is going in a soup that I shall tell you about shortly. Make sure that the sugar has dissolved first, before you put the pumpkin bits in. Cook for about 5min on a low heat then pour in the spicy water mixture and cook for a further 3-4min. At the same time, in a third pan, you need to steam the jars – you’ll need 2. Put them in the pan, pour some boiling water on top, cover, bring the water back to the boil and turn it off. Allow them to steam for about 5min before removing. There are a lot of things going on at once, I know, but believe me, it’s all very simple in practice. Put the pumpkin bits in the jars and cover with the liquid. Close the jar immediately and leave to pickle in room temperature for at least 18 hours, before putting in the fridge 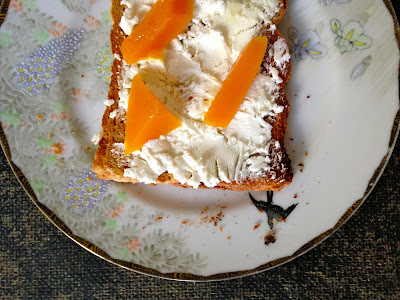 Now, this is the proper science experiment bit: As with gherkins, you need to check and see when the taste of the pumpkin is right for you. I will let you know my findings below. Remember, once you open a jar, you should eat the contents within a week 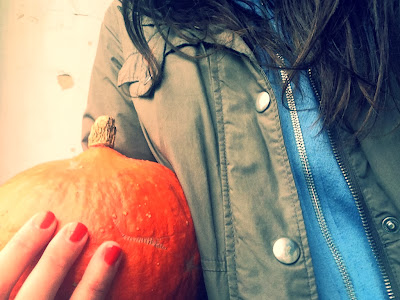 After 18 hours: Already very good! Now the jar is open in the fridge, so it’s progress will probably be different to the jar which is closed, but I will let you know how they taste in another 48 hours anyway

A couple of days later: They were indeed a little better after 48 hours, but the difference was not astounding