Posted at 21:25h in Uncategorized by zuzazak

Ah, Belgrade. If you’re not aware as yet, I have totally fallen in love with the place. It’s beautiful, interesting and romantic, what else do you need? Actually, there’s also chemistry, and Belgrade definitely has that in spades – an energy that can’t really be explained. It’s like when you fall in love I guess – you can tell people that the object of your affection is good looking, intelligent and talented, but it’s never really that, it’s just how you feel. And so it follows that you could go to Belgrade and think it’s no big deal. Everyone has their own special cities and spots. Apart from London and Warsaw, which are like family to me, I also keep going back to Athens, Paris and Barcelona. Perhaps Basque Country and Belgrade will also become my special spots, I’d like that, but only time will tell… 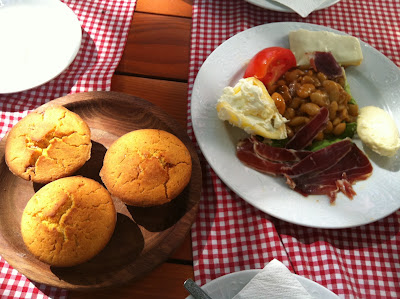 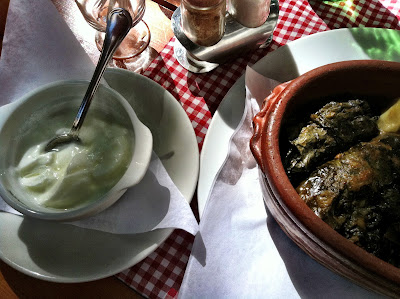 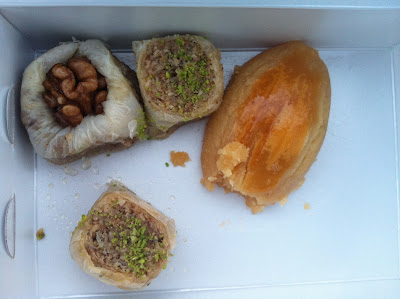 Belgrade has many culinary influences, especially Turkish since it was ruled by Turkey for something like 500 years. The “?” restaurant is the oldest in town, and that’s where we ate the vine leaves and corn bread that you see up there. The vine leaves were the best I’d ever eaten, completely melt in your mouth delicious. Here, they are eaten with sour cream, which was something new to me 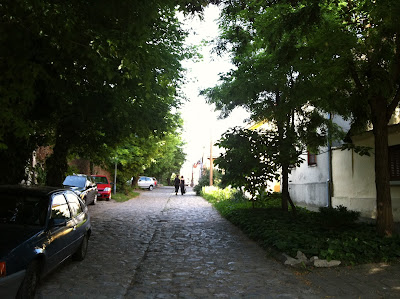 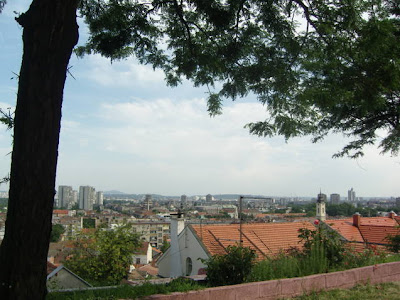 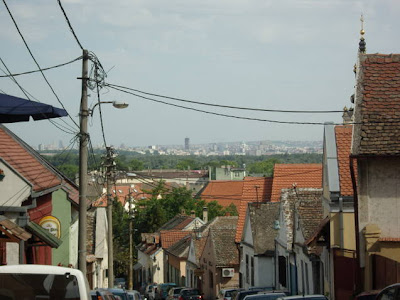 Belgrade as a town reminds me of Eastern Europe, Greece and South-east Asia all mixed up together. You may think the last bit is my imagination working overtime, but just look at that photo with me in it. Can you see all the houses on the water? Very South-east Asian. The photos with the beautiful views were taken in the Austro-Hungarian district, Zemun. I got shown around Zemun by my mate Maja’s best buddy, Zozo. Yes, it was Zuza and Zozo in Zemun