Posted at 21:43h in Uncategorized by zuzazak
So Japanese-Polish-Russian fusion – don’t ever say that I don’t show you anything new. I’m being fasetious, of course, normally I would never attempt something like this. It brings to mind the time we were in a chalet in the French Alps and the guy running it made us moussaka and a stir fry. My dad said “right let’s see what we’ve got here – Greece and China. I think there’s a reason why those countries are so far apart”. The English families thought he was terribly rude of course, but I thought he’d made a good point. We went out for fondue and raclette after that. However, despite my bad fusion connotations, I wanted to make a Japanese style sandwich, because I saw one in my favourite-for-now cookbook, Simply Japanese, as well as this blog. And I had filling left over from my Polish Russian-style dumplings… 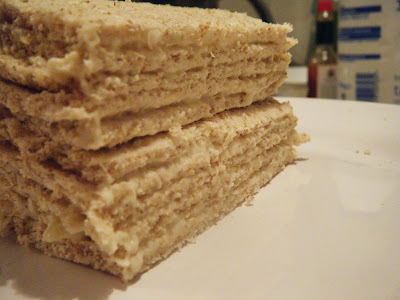 So, I used the technique of rolling each slice of bread until it’s very, very thin (crusts off), from this recipe for Nori and Mimolette sandwiches 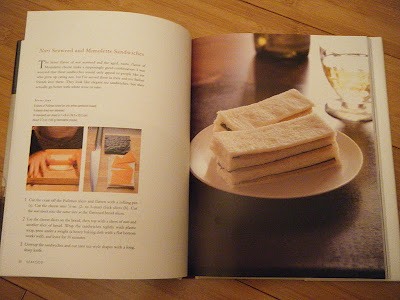 I think her knife’s better than mine, though, because my sandwiches are nowhere near as neat! And then the filling left over from my dumpling days was a rough mixture of ricotta, boiled potato and fried onion (in butter). In terms of aesthetics, I think my sandwich needs another layer – ham perhaps; in terms of taste – it was perfect for lunch, served with a cup of instant borsht. My colleague, Matt, who had a sample, agreed that the weird experiment had, in fact, paid off