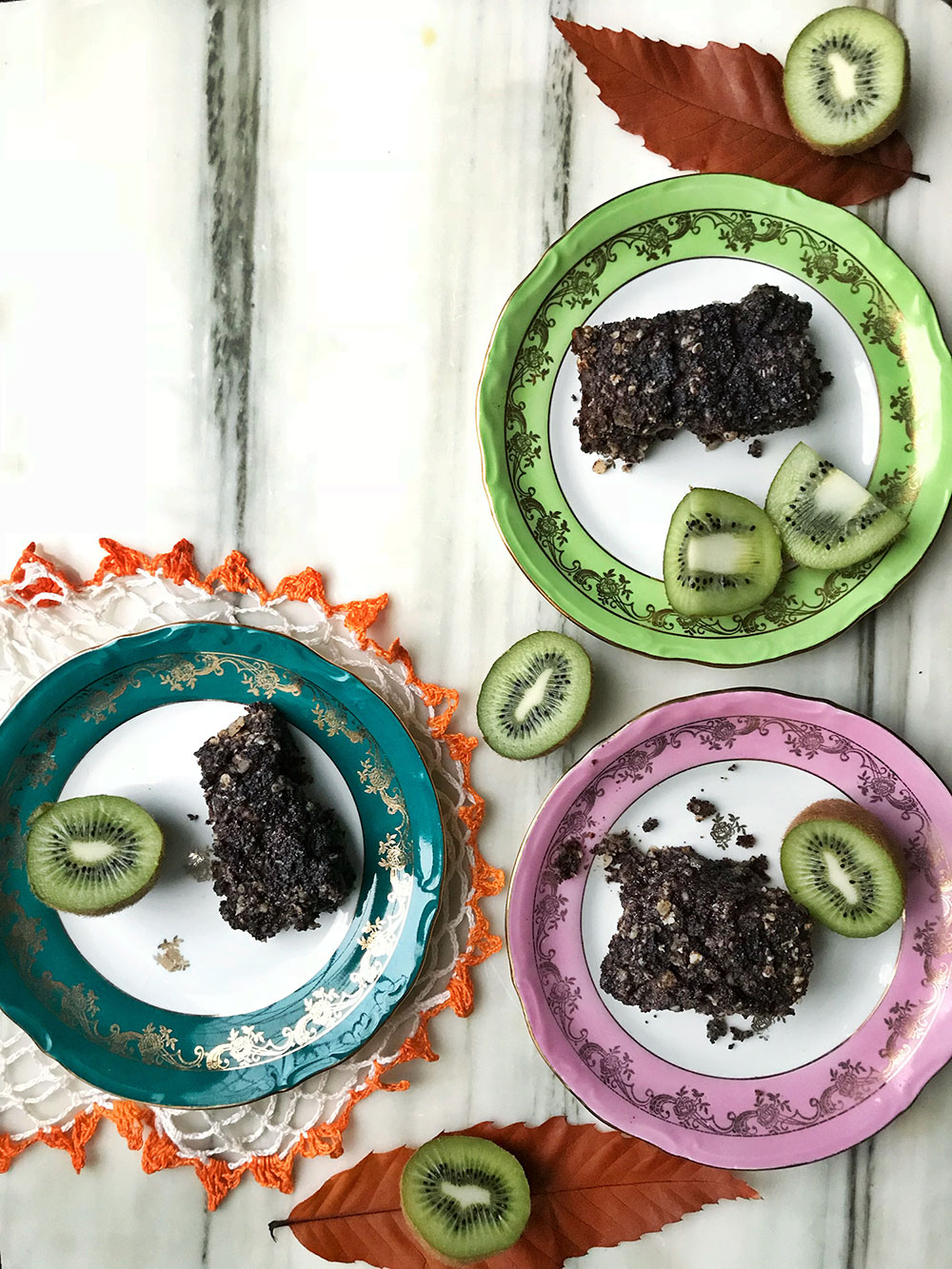 28 Jan All about poppy seeds and a healthy, sugar free poppy seed flapjack

If you have been here before, thank you for returning – the poppy seeds lured you back in I hope. It turns out I’ve been pissing off everyone who comes to my site with my huge images that don’t load properly and steal data. For this I am truly sorry. My bad, I forgot that I need to “save for web”. I promise that I will make it up to you through interesting articles and great recipes. And decent sized images.

Poppy seeds are really popular in Polish cuisine (and Ashkenazi Jewish cuisine too I hear, which does not surprise me considering the 800 years of intermingling between the two). This is the old Slavic deity, Mokosz, who was also associated with the poppy flower and poppy seeds. 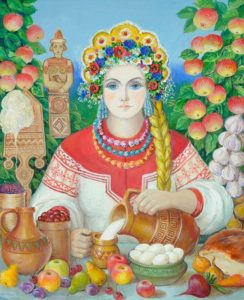 Poppy seeds are very healthy containing various important minerals, although it seems like in the West people are slightly afraid of them, using them so sparingly sprinkled that they are practically non existent. Perhaps it’s their association with opiates that makes poppy seeds seem a bit dangerous. Recently, I’ve been cooking with them in Polish cookery lessons, so I delved in deeper into the nature of poppy seeds, to make sure that I wasn’t going to be accidentally drugging my students, as well as to have some interesting points to make in my class. The traces of morphine in most poppy seeds is negligible, however the Spanish ones are 100 times as strong as the other varieties (of course, its’ the Spanish) and eating above 40g can give you an opiate effect. Now to an English or American,  40g must seem like a lot of poppy seeds, but when you see how we use poppy seeds in Polish cooking, you realise that 40g is reasonably easy to consume. So stay away from those Spanish poppy seeds!

In old Polish culture they used to know the power of poppy seed – some people gave them to frustrated and teething babies in milk, in order to calm them down (not something I recommend). Personally, I eat huge amounts of them at all Polish festivities and if there is any effect at all it is very mild. Although, perhaps the mere fact that I eat such large amounts of them is saying something… hmmm, food for thought there.

In this recipe, I am also using poppy seeds like a Pole – in large quantities – yet I have combines them with oats to make these delicious flapjacks. You could say this is the lovechild of flapjack and the famous Polish cake, Makowiec (Makowiec being the lady in the equation, of course).