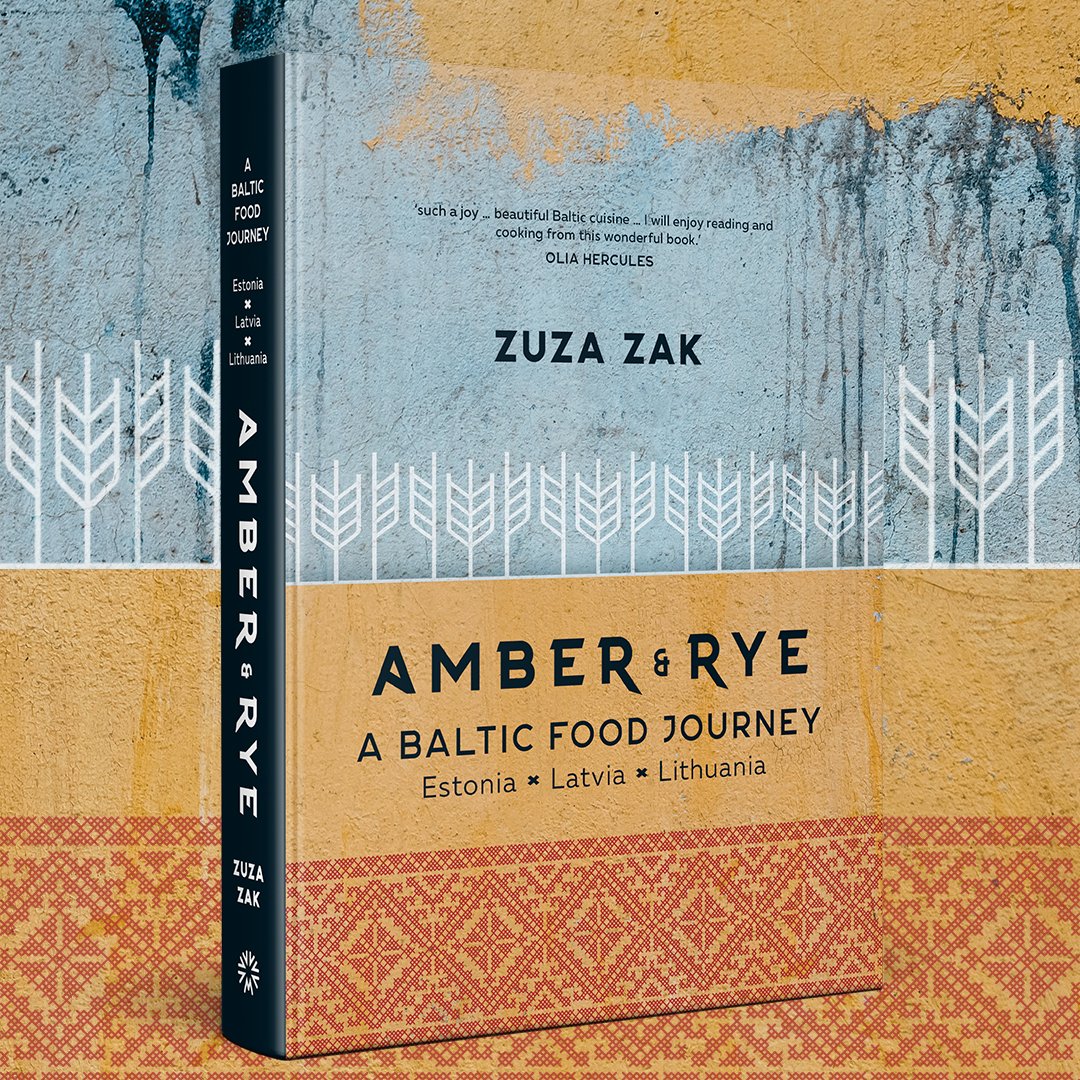 Posted at 11:32h in Uncategorized by zuzazak

My new cookbook, Amber&Rye, is a culinary journey across the Baltic States of Estonia, Latvia and Lithuania. In my first cookbook, Polska, I delved into Polish culture through the language of food and I am also doing the same in Amber&Rye, which is why you will find snippets of poetry, literature and folk songs nestled among the recipes. While in Polska I was exploring my childhood home, in Amber&Rye I am exploring my ancestral home.

Amber&Rye isn’t a traditional cookbook, I didn’t feel that it was my place to write that, because this topic is not one I know inside out. While the cuisine of the Baltic States is in many ways very familiar to me, it has also been a journey of discovery and, in some strange way, of re-discovery. It’s a special book, because the journey felt deeper than just an ordinary research trip. In some ways, I felt like I was exploring some long lost part of myself.

Let me backtrack a little: my grandma Halinka grew up in Lithuania in what she considered to be a Polish family. I asked her a few times where in Poland her family came from, but she could never answer that question. My parents sometimes commented that her surname did not sound Polish… that was all many years ago. Then recently, my father was given a DNA test for Christmas and discovered he was genetically half-Balt. This riddle spurred me to delve into the history and culture of the Baltics. As I am a food writer and scholar (I am doing a food related PhD at the School of Slavonic and East European Studies), I have chosen the lens of food to do my research. I learnt that a culinary rennaissance was underway in the Baltic States, rather like the one in Poland, but (unsurprisingly perhaps) with more Nordic influences. The deeper I dug, the more I wanted to know and it’s out of this momentum that my book, Amber&Rye, was born.

On many occasions I felt that Amber&Rye was writing itself. The Baltic research trip was full of fortunate meetings and chance encounters, my timing better than if I had planned it myself.  One person’s stories and recipes after another waere woven into the book. They became an instrinsic part of Amber&Rye. It was apposite that the book’s designer, Vivien (an Estonian), chose to use textiles as part of the design, because I felt like the book itself was becoming a tapestry of recipes and stories. I hope that this comes across in the pages of the book and that you enjoy reading and cooking from Amber&Rye as much as I enjoyed writing it.