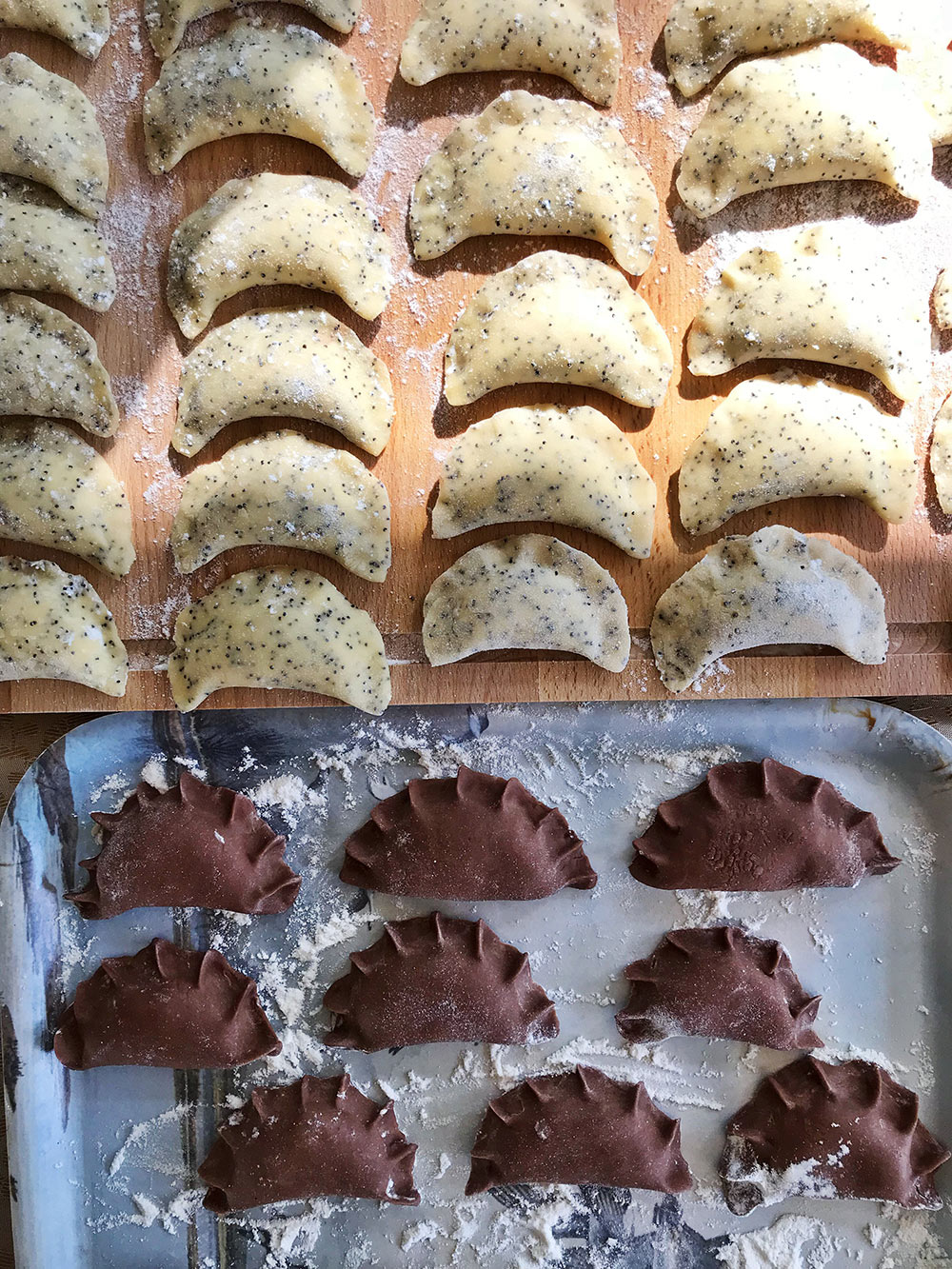 Making pierogi is considered a chore by some and a therapeutic activity by others. I belong to the latter category as you may have guessed. I love to experiment with both fillings and the dough, but I also love the familiarity of the act itself. It takes me back to the minuscule kitchen of my Babcia Ziuta (my mum’s mum who passed away a few years ago) as a child. When we made them yesterday, I felt like the process of “sticking them together” (as you would translate literally from Polish) was healing for mum and me. We don’t have a nice, old, English mother-daughter relationship (this is a stereotype of course, but from my observations the English do manage to keep this relationship “nice” on the whole). A Polish mother-daughter relationship is a rather different animal – intense and difficult at times. Sometimes it’s impossible to find the words to heal us after a rift. Making pierogi helped – there’s something warm and ancient about it, something the surpasses daily unkindness and reaches the core of the being, wrapping it up in a warm, doughy quilt.

Ingredients (for many pierogi)

For the chocolate ones:

For the poppy seed ones:

It felt like we’d made about a million of these pierogi and by the end I was done done. Amelka, who is 9, didn’t seem to want to stop. She enjoyed the process immensely, chattering away about people we know and those we don’t in equal detail, while experimenting with unusual pierogi shapes. When D woke up from her nap, she helped us for an hour too, rolling the dough out with her miniature rolling pin and cutting shapes out of it. She loves the pierogi process too and gets very offended if she can’t help (when I’m in a rush). I hope that as a mother I can be both a little bit Polish and a little bit English, with a whole lot of Wild Woman thrown in for good measure. That way we won’t need pierogi therapy too often. We shall make them anyway, of course, both for the pleasure of the process and of the eating.