My cat, Coco, caught a mouse a few days ago. I tried to release the small creature, as it had no external wounds, but I quickly realized that it was having some kind of heart attack or stroke, and that it was dying. I picked it up and held it for those last few moments, trying to give it as much love as I could before it left this world. Then I cried more than I did after my relationship ended. My wise friend, Anna, suggested that this was a symbolic event in my life. Something has died, even if it was an illusion. Although the relationship ended as soon as I found out the truth, it ended again – more symbolically this time – on “the day of the mouse” (as that day shall always be referred to from now on), because I received a package. It means nothing with the current state of affairs, but it is a beautiful, if sad, note to end on. Like a D minor. Time to hibernate and heal. These are the sprats I made for my dad before I left Eastbourne, local, sustainable stuff we have swimming around the British Isles, so the kind of fish we should all be eating more of… 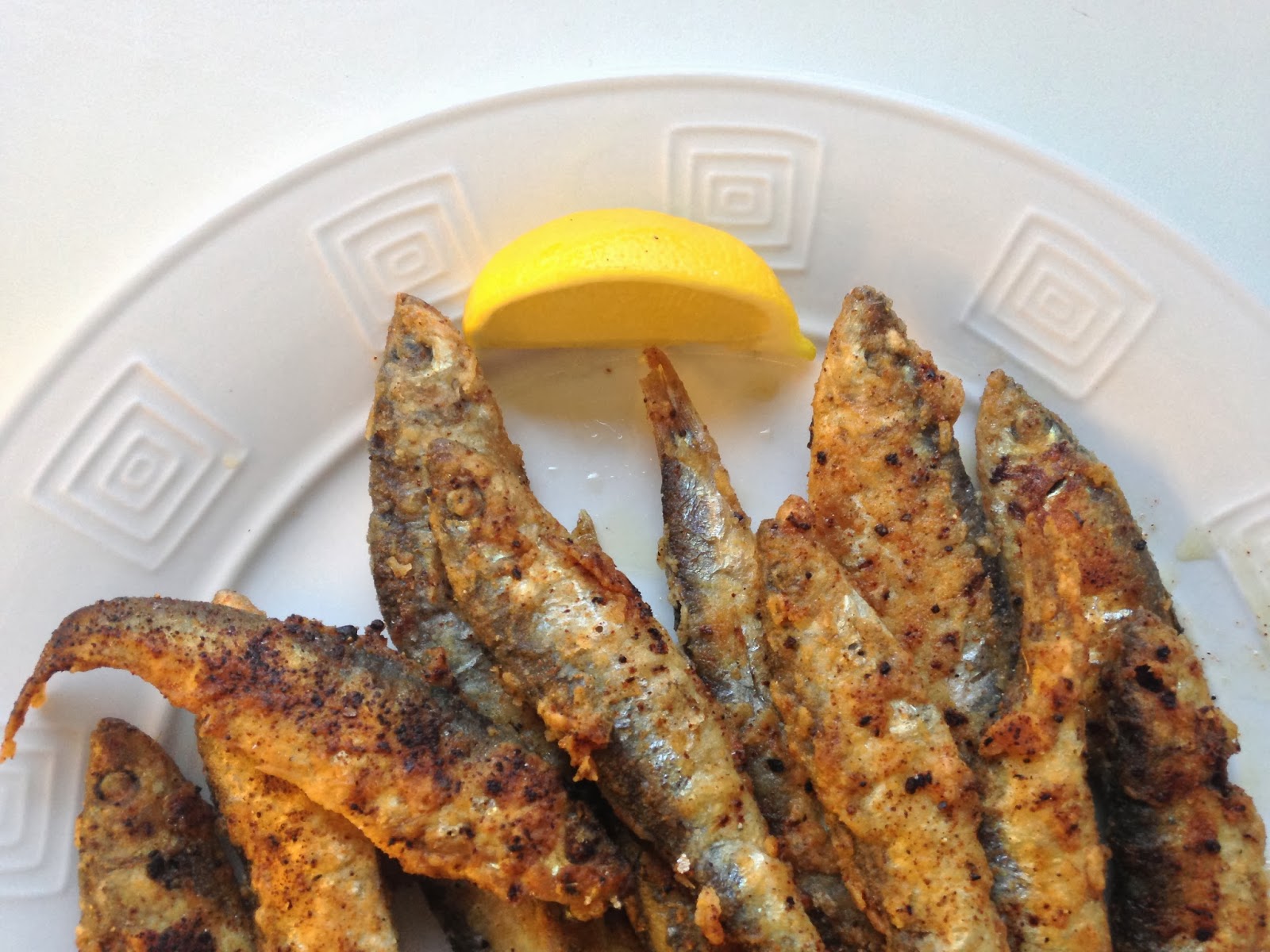 You can eat the sprats whole, like whitebait, though I usually take the heads off personally. Take 2 plates. On one, crack an egg and beat it, on the other one, I put a mixture of plain flour, garlic salt and Cajun spices. You could use chilli powder, coriander and other spices too – you want strong ones and quite a lot of them, so that the flour changes colour slightly. Heat about a centimeter of mild oil in a large frying pan. Meanwhile dip the sprats in the egg, then the flower mixture, making sure they are well-covered. Once the oil is hot, put the sprats in, quickly yet confidently, so that you don’t splash or burn yourself. Once they are brown on both sides, sprinkle with lemon juice and eat immediately whilst thinking of warmer, sunnier days