Posted at 21:27h in Uncategorized by zuzazak

I have walked past here a few times now and always wanted to go in and sample the tasty-looking tapas – it looks just like a typical little restaurant you’d find in Barcelona. In fact, it is one. Except that it’s in London Bridge. It’s new and a real find, I haven’t had jamon this good outside of Spain. My favourite dish was a shocker, as I would never, ever order baby potatoes with chicken. But it was the first time I’d tried romesco sauce, and it was a true revelation (it’s the photo with my hand in it). 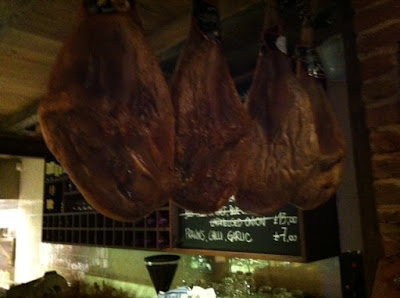 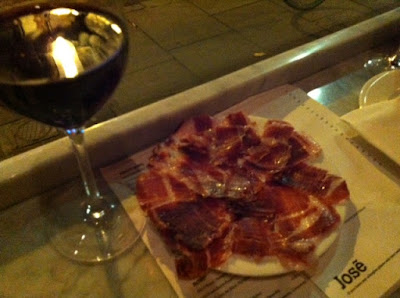 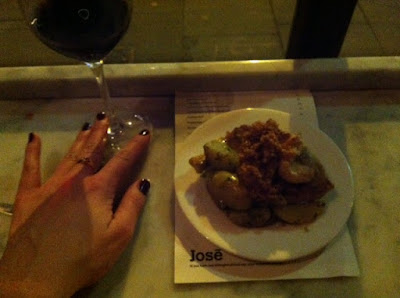 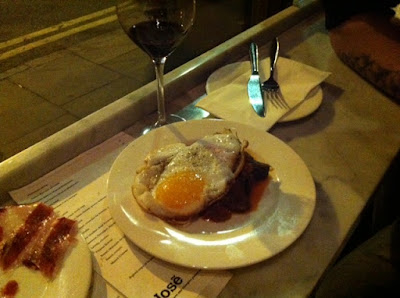 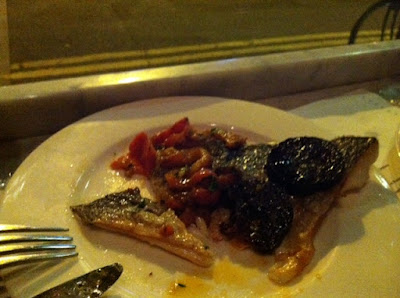 Other stuff was good too. Though Petey pointed out that the hake up there with the morcilla would have tasted better with the vegetable ratatouille-type stuff just above it, whereas the duck egg would have been better suited to the black pudding. He was right, of course. The joys of going to dinner with a chef… Actually, it was fantastic for me, because before our other friend, Tish, joined us, we managed to talk food for about two hours, and there’s little I love more than talking food. Yet I always feel a bit guilty when I realise other people are not as interested as me in some cheese or cookbook I’ve been going on about for twenty minutes. But Petey is 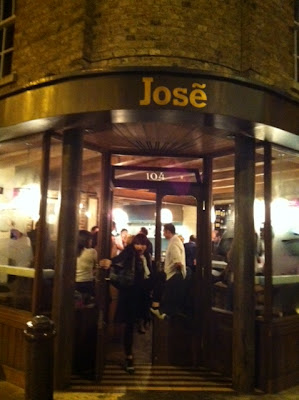 And there’s Tishy leaving the join in a typically dramatic fashion. The whole meal, for three, with plenty of wine was about £80. And there’s a great cocktail bar just down the road, if you don’t want your night to end here, but unfortunately I can’t recall the name