07 Jul Venison, wine and a nice salad at Wyndstock Festival

Posted at 19:04h in Uncategorized by zuzazak

I have so much to write about and so little time. I have just returned from Greece for one night, and tomorrow I’m off to the Cotswolds. But what I want to tell you about first, is the weekend before I went on holiday, when I was asked to accompany my friend, Astrid, to Wyndstock festival in the beautiful New Forest 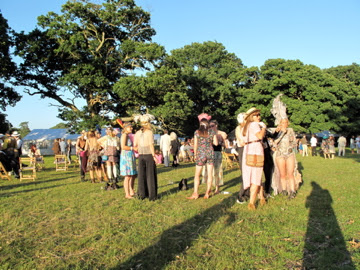 Wyndstock is the sort of party that I imagine people from other countries imagine that people in the UK have all the time. If that makes any sense. It’s all floaty tea dresses, Pimms with lemonade and men in pale linen suits wearing fedoras… everyone looking dapper, with an old-school, vintage feel 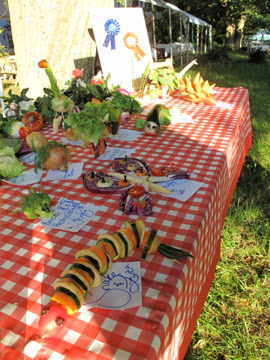 We danced to a swing band, met a story teller who told us incredible tales in a hot tub in the woods, made animals from vegetables… you know, the usual. Astrid broke her thumb playing midnight badminton and I got feasted on by mosquitoes, but apart from that we had a great time. Frolicking is the word, I believe. That’s our vegetable snake up there, in case you were wondering. Considering the high standard of vegetable animals on display, I was surprised when someone decided to nick our one. Perhaps they were planning a BBQ 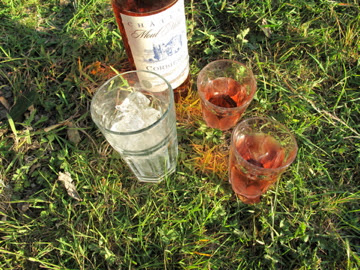 We drank plenty of rose… 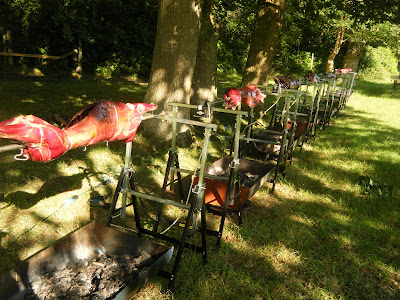 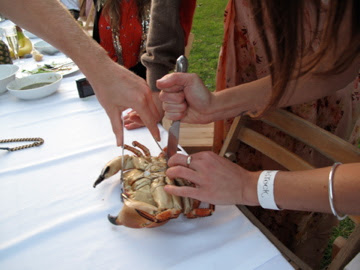 And I stabbed a crab with a butter knife until it split into two (no easy feat) which inspired people to say that Hitchcock would have loved me. I took that as a massive compliment, as I tend to do when not sure which way to go… I hope it doesn’t mean that I appear to have psychopathic tendencies, but who knows 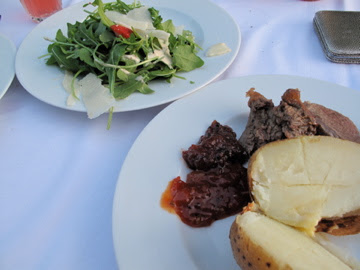 As usual, my favourite thing was the simplest – a rocket and parmesan salad with an addition of fresh strawberries. It will be my summer staple from now on. Although the food was delicious, my only criticism is that there wasn’t enough of it. However, I’m sure that the organizers will have learnt from their mistakes in time for the next party, which is in August apparently. I can’t make it, but if you decide to go next year, then we’ll have some good times. I’ll bring the mossie repellant