Posted at 20:23h in Uncategorized by zuzazak

After deciding that I couldn’t live without the £300 cardigan, I dragged my ill self to Selfridges on Saturday to finally be reunited with it. However, the reunion was not to be a happy one… we spent a crazy half an hour in the changing rooms together, with me putting it on, taking it off, turning round and round like a dog chasing its tail, trying to see it from every angle and generally acting like a mad person, before running hot and flustered from the store saying “I can’t do it”. I think it was the right decision, though, because I haven’t thought about it that much since. And it means I can have a normal life this month, doing all the things I like to do, such as going out for dinner with friends…

Loong Kee used to be one of the lesser known Vietnamese restaurants around the Old Street area, which had a lot of charm – they only took cash, the menus were on A4 sheets of paper, the food was great and it felt like a bit of a cool insider secret. Well, the cat is definitely out of the bag – they have expanded to the shop next door and the millions of staff run around busily in Loong Kee T-shirts. On the plus side, they do take card now, they’re still incredibly friendly and the food is still good and so amazingly cheap that it cost under £30 for the three of us (plus booze, but you bring your own) 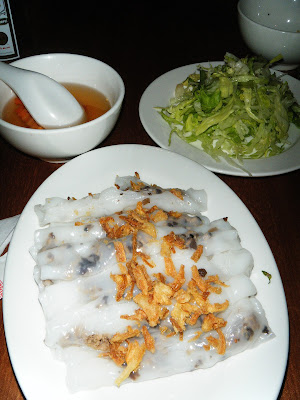 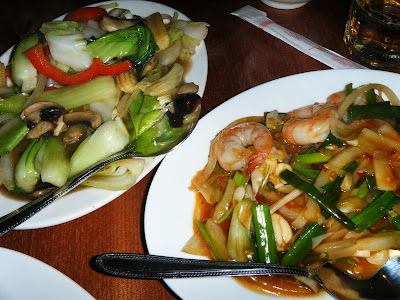 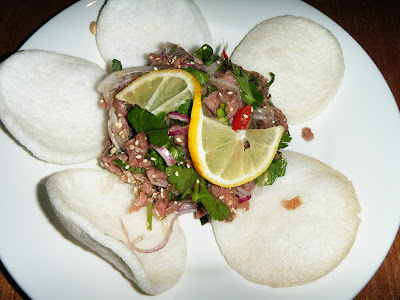 We ate steamed rolls with minced pork and mushrooms, fried king prawns with ginger and spring onion,  rare beef with lemon juice and fried mixed vegetables, with steamed rice. The rare beef (up there) was my favourite, because it was like an asian steak tartar, with mint, coriander and chilli. A close second came the rolls, as the filling was so delicious and the crispy lettuce and sauce complimented them really nicely. The other stuff was great too though. If you want to come here at the weekend, it’s worthwhile booking a table because by the time we left (about 8.30pm) there was a massive queue outside