Posted at 21:24h in Uncategorized by zuzazak

I haven’t been cooking much recently. Partly because I still don’t have a fridge, and partly because I am feeling a bit lazy. In a nice way. I am relishing the fact that it’s just me and I can do, and eat, anything I want, whenever I want. I am balancing this with the fact that as a result of a recent health scare, I need to really look after myself right now. And I’ve have been specifically told to eat broccoli and drink green tea 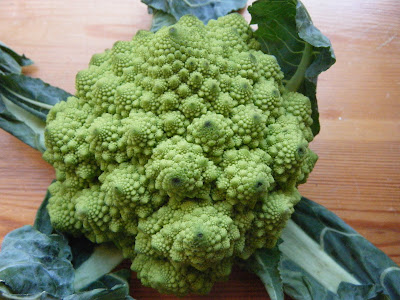 Isn’t this the most beautiful broccoli you have every seen? 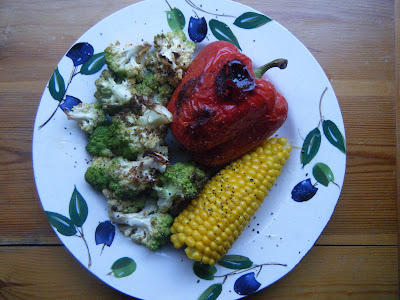 I ate it roasted, with a red bell pepper, simply with olive oil, salt and black pepper, then dipped in spicy lime pickle. The corn on the cob was boiled and smothered in butter. I’d like to say that was my dinner, but it wasn’t. I was having dinner late, so I decided that I would eat lots of vegetables then have a very light dinner later on (I didn’t – I went to Portobello Ristorante Pizzeria and stuffed my face with delicious bread and spaghetti vongole) 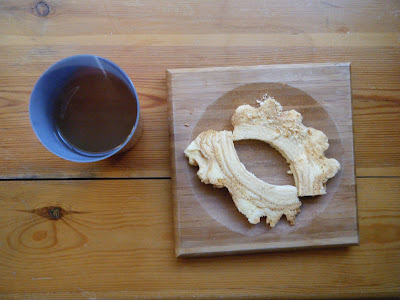 And this is how I have been drinking copious amounts of green tea – with cake. Those two woody looking slices up there are a Polish speciality from near the Russian border. It’s called “Sekacz”, and this is what it looks like as a whole 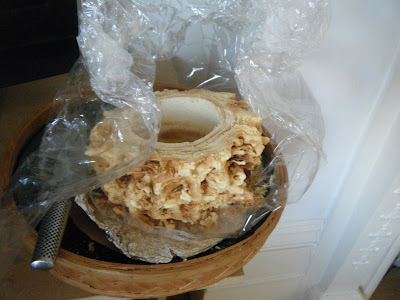 Except when I got it, it was twice as big. It seems to fascinate people, I think it’s because it looks so strange – kind of like a big honeycomb. It’s very tempting just to nibble at the protruding bits constantly, so it’s a dangerous thing to have sitting in the flat (luckily, I finished it off this morning) 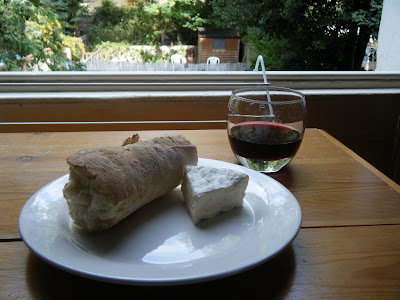 This is what my Saturdays look like now – it doesn’t really feel like the weekend to me unless I have a glass of wine at midday
So, I guess that my appetite is back for good. I just hope that I don’t get massive now I have given up smoking