Posted at 21:19h in Uncategorized by zuzazak

Sometimes it takes a long time to fully appreciate a gift. When my friend, Matt, gave me Claudia Roden’s new book of Middle-Eastern food, I felt that it was a thoughtful gift, since I’m into cooking, but I didn’t realise that this book was going to become my bible for about 3 years! I could talk in length about why this is probably the best cookbook in the world, but I’ll spare you this monologue and simply tell you about a soup that I adapted from this book , which I make every time we have a chicken (or pheasant) roast on a Sunday… 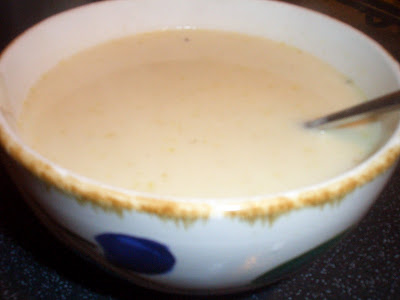 I put the carcass, along with any vegetables I have lying around (this weekend it was some celery stalks and leaves, half an onion and a carrot) into a big pot, and cover with cold water. I then bring this to the boil and simmer for about 3 hours. If we had an early roast then I put this on immediately afterwards and we have the soup as a light supper. Sometimes, I cook it for half the time, and just leave it in a cold kitchen overnight, then cook it for another hour, and finish it off, the next day
Then, you need sieve all bits from the soup, leaving a clear broth. To this, I add washed, brown rice. Meanwhile, you beat a couple of eggs in a separate bowl with the juice of 1-2 lemons (I use 1 and a half but then I love all things sour). Finally, when the rice is cooked, you take a tablespoon of the broth from the soup and beat in with the eggs and lemon, then another, and repeat about five times – this is so that the egg mix doesn’t curdle on entering the soup. Also, turn the heat off now. And eventually, pour the egg and lemon mix into the soup. I always beat this as it goes in. You need to season this soup really well with salt and plenty of pepper (I use both black and white peppers). Yum! I make this soup all the time, though I have a distinct feeling Jamie would like me to make a different chicken soup now and again, and maybe I should broaden my horizons a little bit. My mum’s Polish/ Jewish clear chicken soup was eaten so much in my childhood (especially when ill), that I have grown allergic to it now unfortunately – I don’t want the same fate to befall this lovely soup